Many pharmaceutical and nutritional companies are dependent on contracting manufacturers.

Many pharmaceutical and nutritional companies are dependent on contracting manufacturers. This shift from in-house manufacturing to outsourcing is due to increased generic competition, declining R&D productivity, rising development costs, and fewer new product introductions. With the increasing demand to reduce capital expenditures and desire to protect their margins, pharmaceutical and nutritional companies are choosing to outsource their non-core activities to contract manufacturers such as NuTech Medical’s manufacturing partner.

Companies that contract with a manufacturer look for those that are licensed and that have a proven industry track record. This ensures maximum cost-effectiveness, regulatory compliance and timeliness-to-market. NuTech Medical’s manufacturing partners experience benefits its customers in a way that places paramount importance on protecting the quality and proprietary aspects of each it’s products. NuTech Medical through its manufacturing partner has the ability to take over the manufacturing process from a customer that may have a product line that complements NuTech’s and sustain a strong relationship over time as a private label partner. Further, the Company has the experience in producing similar products or operating with similar production processes common to the Drug and Nutraceutical industry 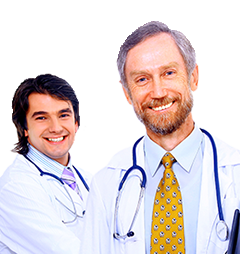 The U.S. Pharmaceuticals market is valued in excess of $837 billion annually (IMS Health), and expected to rise by over $100 billion in the next three years (World Health Organization). Only 10 drug companies, with annual U.S. domestic sales of over $252 billion dollars, control One third of the market. The Americas, Europe, and Japan account for approximately 85% of global pharmaceutical consumption, while the Middle East, China, Russia, South Korea, and Mexico are expected to become competitive emerging markets in the next three years (Forbes Magazine). Globally, the U.S. market accounts for 41% of prescription* drug sales (BCC Research). * Most of the world pharmaceutical sales are made without a prescription.

While stringent international regulations are in place to govern pharmaceutical manufacturing, the United States is experiencing an uptick in demand for domestically produced drugs. Efficacy and safety concerns with foreign manufactures have placed a premium on those drugs produced by U.S. manufacturing facilities. According to the Department of Commerce there are approximately 600 domestic manufacturers of pharmaceutical preparations.

NuTech Medical has identified several “Off Patent” drugs that fit it’s distribution network internationally and will be produced under our private label for sale in foreign countries that represent a demonstrated need for those generic drugs. We benefit from the existing market and the lower cost to the consumer of these drugs provided under our generic format.

The nationwide trend toward preventive medicine in response to rising healthcare costs has been an underlying driver for the Nutraceutical industry. There has been a heightened awareness and understanding of preventive medicine and the connection between Nutraceuticals and health among the general public, health care professionals, employers, government agencies, and managed care organizations. Issues regarding preventive care and the benefits of vitamins and dietary supplements have received widespread media coverage.

Nutraceutical consumers are often proponents of improving one’s health and wellbeing via the use of natural products. Herbal remedies, plant extractions, and a host of “functional foods” are all examples of Nutraceuticals. The Nutraceuticals market experienced unprecedented growth after the passage of the Dietary Supplement Health and Education Act in 1994.

Nearly two-thirds of the American population takes at least one type of Nutraceutical health product. The Nutraceutical industry Worldwide is approximately $158 billion and growing at 10 % per annum. Driving this growth of Nutraceuticals in the United States is the aging baby-boomer population. As the average age of citizens continues to rise, the population increases its focus on health and wellness. By halfway through the 21st century, there will be 142 million Americans over the age of 50, based on a projected population of nearly 400 million citizens.

Market research analysts have indicated that consumers tend to pay greater attention to their health in times of economic woes. The mantra is from treatment to prevention – consumers do anything they can to stay healthy and avoid costly doctor visits or medication. They consider taking supplements and consuming functional foods and beverages a better preventative choice. Therefore, in an effort to avoid expensive doctor visits, people are stocking up on vitamins and supplements. This has led to a concept that the New York Times recently described as ‘consumer-directed health care’ – the idea that people will take more preventative measures if their insurance deductibles are set higher.

Market research shows that awareness and acceptance of Nutraceuticals as part of a complementary treatment regime is growing at an extraordinary rate. Americans are increasingly treating their pets like humans, but as the trend continues, spending on their well-being—particularly when it comes to supplements and Nutraceutical products—is expected to rise to 7.5% of the total pet food market valued at Twenty Billion Dollars, according to Nutraceuticals World.

Dogs and cats dominate use within companion animals. Horses are also given nutritional supplements, especially those kept for performance (racing and equestrian events). Nutraceuticals can be prescribed for immune-stimulation, respiratory disorders, gastrointestinal disorders, osteoarthritis, ageing, et

BUSINESS OF THE COMPANY 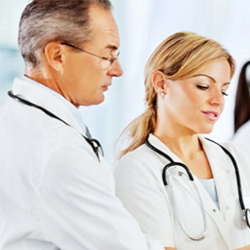 The company develops, formulates and distributes generic, proprietary and private label Pharmaceuticals and Nutraceuticals for the U.S. and foreign markets.
Learn more 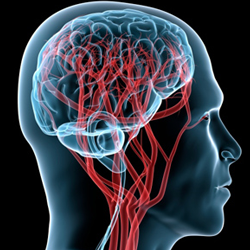 Special Formulations: As part of our consulting staff, we have retained a Compounding Pharmacist with over 30 years of Industry experience together with ownership of several Pharmacies. He will provide our proprietary compounded products that will be unique to NuTech and to the markets we plan on serving. Different countries and regions of the world have very different needs and require regionally specific drug combinations. Learn More... 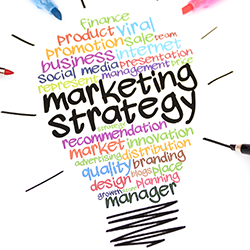 Many pharmaceutical and nutritional companies are dependent on contracting manufacturers. This shift from in-house manufacturing to outsourcing is due to increased generic competition, declining R&D productivity, rising development costs, and fewer new product introductions. Learn More... 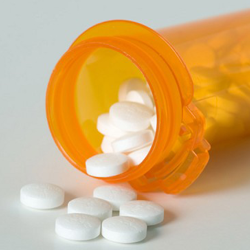 Packaging: All packaging is provided based on language and governmental requirements for the country of destination. All packaging also adheres to our color and branding schemes for each product. This allows an easily recognizable schema across all products and country destination to create the maximum branding possible for our company. Learn More...